Best Satellite Internet Providers Near Me - 2022 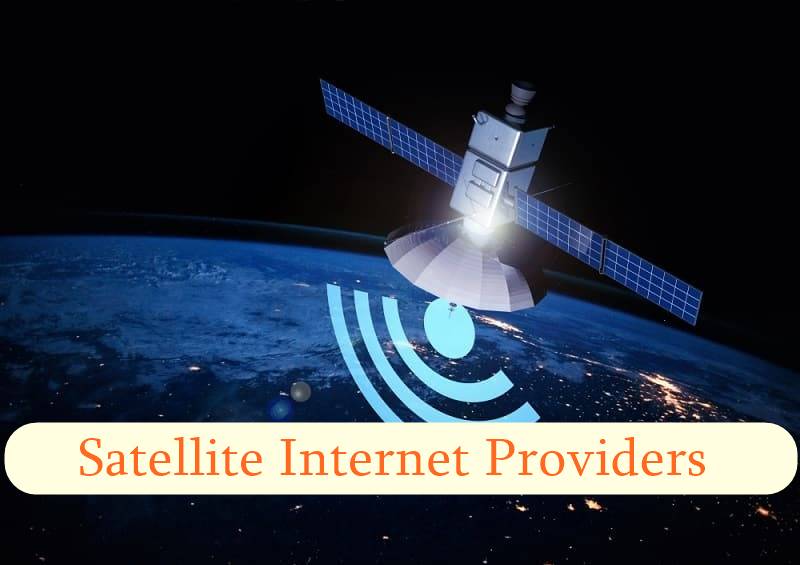 Check out the best Satellite Internet providers near me 2022 list for high-speed, low-latency broadband services.

Satellite internet provides reliable services better than traditional cable and DSL Internet. The biggest point is that it provides Internet connectivity in those areas where DSL or cables is far beyond the imagination. The Satellite internet providers might be fewer right now but we have provided all the available options for you if you are residing in the USA (United States of America).

Satellite Internet Providers Near Me:

Until now, we were just providing info on the telecom networks and different MVNOs in USA but now we have forayed in covering info related to broadband services in the USA.

As early in the competition, HughesNet leads with more than 1.3 million subscribers in America alone. It's run by Hughes Network Systems LLC owned by EchoStar.

It's definitely the first choice when it comes to satellite internet services, let's check out its plan available right now -

According to some customer reviews, HughesNet too has few downsides. Firstly there aren't any great when it comes to customer services and secondly, the above-mentioned plans have data caps and your speed will be reduced after you have consumed your allocated limits.

ViaSat might not be the first choice for satellite internet connectivity but definitely, they offer decent services in this part of the world.

Elon Musk through their SpaceX also offers broadband services through satellite. Starlink has just begun its services and it's pretty much in the alpha stage. They are accepting only a limited number of customers on a trial first-come first-served basis. Their website is up for signup.

Their satellite being in the earth's lower orbit as compared to HughesNet and Viasat has a drastic advantage and testers have posted an average download speed of 103 Mbps.

It right now costs $99.99/month. During the trial period, you can expect speed from 50 Mbps to 150 Mbps. It's still unclear whether they will be offering various plans like the other satellite internet providers, or they will just go with one plan.

As per reports, Starlink already has 10,000 testers and is planning to launch services in India too after the USA, UK and Canada.

So that's the list as we just have 3 direct to satellite Internet providers in the USA right now. The list will be updated as new players join the market.

Owned by the British Government & Bharti Group, they kicked off their services in December 2020 and are likely to offer services in the Arctic region by late 2021.

Jeff Bezos of Amazon is also building a satellite Internet constellation, but it could take atleast 3 years for them to offer services.

So when choosing the best satellite Internet provider, it doesn't matter whether you are living in New York City or any rural area of Kansas or any state in the USA, you will get good broadband coverage because this Internet is through satellite, and it's definitely a breakthrough. It now depends on how well the company offers services to customers.

Share
Facebook
Twitter
Pinterest
WhatsApp
Previous article11 Best 3D Avatar Creator Apps 2022 for Android & Websites Online
Next articleHow to Change Font Size on BLU Cell Phones or on Bold Phone
Yogesh Khetanihttps://yogeshkhetani.com/
Yogesh is been in the field of technology for over 12 years now. He keeps him updated with the latest smartphones in the market. He also loves outdoor games and so as a part of his hobby, he keeps you updated with Sports updates apart from Technology news. Subscribe to my YouTube Channel at https://goo.gl/Ocvdz9
RELATED ARTICLES
How to