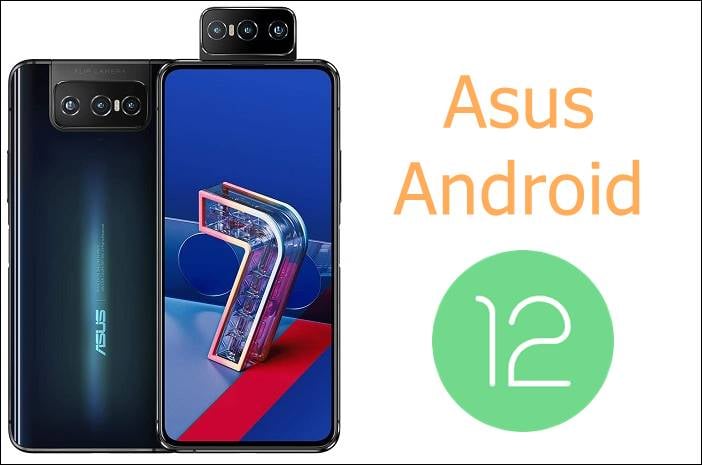 Android updates have become a year affair with a new Android version announced every summer. Last year it was Android 11 and this year it will be Android 12. We have already put a general article on the Android 12 update and apart from that we have an exclusive list of Samsung phones, Motorola phones, and here it goes with Asus.

Just like OnePlus, Asus is yet another OEM that releases only a limited number of smartphones in the ZenFone & Rog series. This strategy should have allowed them to roll out software updates quicker to eligible devices but this is not the case with Asus smartphones. Blame it on delayed software support or their custom Android UI, they are not talking of the town.

Asus has promised two major software updates to its flagship phones and that said, Asus smartphones that run on Android 10 and Android 11 pre-installed should be updated to Android 12. The Android 12 will be launched at Google I/O event from May 18 to 20.

These phones run on the custom ZenUI skin with ZenUI launcher.

Last year Taiwan based OEM added Android 11 beta testing of Android 11 on the ZenFone 6. Who knows they may do it this year before the stable update release.

So that's the Asus Android 12 update schedule, release date, and eligible phones list. We will update this list as soon as we hear officially from Asus.

You can also check out BLU Android 12 phones.

Share
Facebook
Twitter
Pinterest
WhatsApp
Previous articleBest Buy BLU V90 Specifications, Price, Pros & Cons - Online Reviews
Next article6 Best Tower Defence Games for iPhone & Android Mobiles
Yogesh Khetanihttps://yogeshkhetani.com/
Yogesh is been in the field of technology for over 12 years now. He keeps him updated with the latest smartphones in the market. He also loves outdoor games and so as a part of his hobby, he keeps you updated with Sports updates apart from Technology news. Subscribe to my YouTube Channel at https://goo.gl/Ocvdz9
RELATED ARTICLES
Software Update