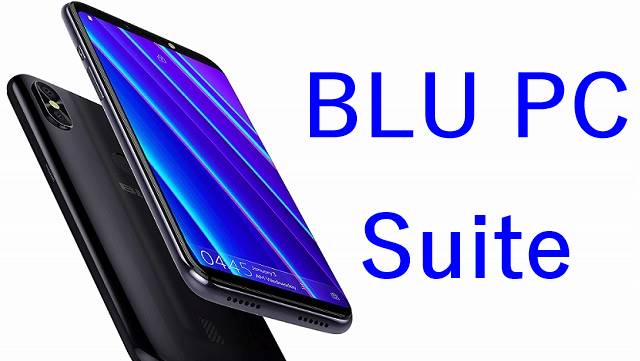 BLU Products has several smartphones to cater the need for any customer looking for an unlocked dual SIM smartphone in the United States, Canada, and other major countries. If you want to connect your BLU smartphone to PC and to manage the files on your phone, you will need a PC suite and USB drivers along with that. Here we have the BLU PC software for Windows and MAC.

Officially BLU hasn't released any PC suite for their smartphones. So, stop looking for BLU PC suite. The wise-advice I can give you is to use smartphone managing software. Since there is no official PC suite for BLU phones, you will have to depend on alternative software manager.

The smartphone managing software came into existence only because several OEMs didn't have their PC software and so here we have gone through several recommended software for managing your phone. Among the known PC Suite for BLU phone are -

What is a PC Suite?

A PC Suite or PC Software allows users to manage their smartphone effectively directly on your computer/laptop. Since the smartphone has limited capabilities. You can manage contacts, messages, WhatsApp data, audios, videos easily. It helps to achieve the following -

Sony, Samsung phones provides software upgrades through their PC suite/software early than the Over the Air release.

So, if you are looking for BLU phone manager software then consider above-mentioned apps.

Share
Facebook
Twitter
Pinterest
WhatsApp
Previous articleHow to Unlock Bootloaders on BLU Phones Easily
Next articleBest BLU C6 Case & Best BLU C6 Accessories Online at Amazon
Yogesh Khetanihttps://yogeshkhetani.com/
Yogesh is been in the field of technology for over 12 years now. He keeps him updated with the latest smartphones in the market. He also loves outdoor games and so as a part of his hobby, he keeps you updated with Sports updates apart from Technology news. Subscribe to my YouTube Channel at https://goo.gl/Ocvdz9
RELATED ARTICLES
General

How to Fix QLink Wireless Hotspot Not Working