Here we go through Qualcomm Snapdragon 865 Phones List and it's features, benchmark scores, and performance.

Qualcomm Snapdragon chipset for mobiles has been trusted by a lot of users and they are far superior to low-cost Mediatek or Spreadtrum System on Chip(SoC). We can easily say that Qualcomm is the front runner when it comes to mobile chips. After Snapdragon 855 and 855 Plus powering the flagship devices in the year 2018 and 2019, it's the time for yet another chip in making as Qualcomm Snapdragon 865 is officially launched. Qualcomm announced this new chipset in the month of December 2019 at Snapdragon Tech Summit 2019 and is dominating the industry in the 2020 year.

According to LiveMint, this new Snapdragon chipset is available in two variants - in 4G and 5G (for 5G smartphones and could BLU 5G phone be among one such) and it's already spotted in GeekBench with detailed benchmarks scores.

The SD 865 chip will be powering the most flagship phones in 2020 to give them ultimate speed and power. Phones from OnePlus, Samsung, Sony, Xiaomi, POCOphone will be powered by Snapdragon 865 next year. Along with that, the Android 11 version will make a perfect combination.

Before going through the list of high-end Android smartphones for 2020, lets through the features that the new chip will have. This mobile chipset is expected to power a lot of flagship smartphones in 2020. Specific details of it aren't known yet.

But first, let us go with details of Snapdragon 865 Features (confirmed) -

Update: Since this chipset is officially announced, we recommend you to skip this section. It's kept just for reference purposes.

Its preliminary specs were leaked by a trusted Chinese tipster. It's believed to be built on Samsung's 7nm EUV process.

As of now the Qualcomm Snapragon 865 phone cheapest is the OnePlus 8 that is available for $395. 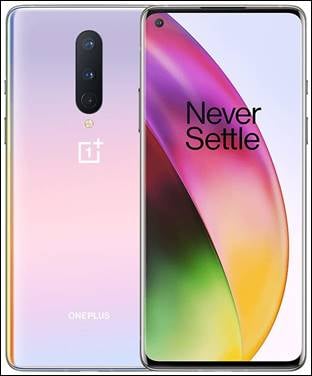 The Galaxy S11 is officially the first smartphone with Qualcomm SM8250 Snapdragon 865 chipset. It's also the best Snapdragon 865 mobile here in the list.

Here is what it offers -

Both the Samsung Galaxy S20+ phones have the same internals although the Plus variant and the SM8250 chip.

This is an exclusive 5G variant.

With that being said, true performance without any compromise us achieved on Galaxy S20+ Ultra. Sadly some parts of the world only gets Exynos version of it.

ZTE's sub-brand Nubia has launched its next-generation gaming phone powered by SD 865 chipset with the support of 5G. It's called the Red Magic 5G.

Japanese seller although it has a small market to cater to Japan but it never backs off from the latest tech innovations and one of the best examples is the Sharp SD 865 phone called the Aquos R5G which comes with 6.5” QHD+ display and 8K video recording.

Oppo Mobiles introduces the cheapest SD 865 mobile phone as Ace 2 gets official. Its priced at $565.

Oppo will launch the Find X successor in the first half of 2020. Called as the Find X2 CPH 2025, it will be fueled with SD 865 Mobile Platform and will pack a higher resolution and a better display refresh rate of probably 120 Hz.

iQOO 3 is the latest smartphone with SD 865 chipset.

HMD Global, the new home of Nokia Android phones, has done an amazing job since their debut in 2017. At Mobile World Congress they will launch a flurry of devices and by May-June, they are rumored to debut the Nokia 9.2, a Nokia 9.1 Pureview successor.

Spotted at the Chinese website CNMO, Sony Xperia 3 could be a successor to Xperia 1 and will run on the latest Qualcomm chipset out of the box when launched at Mobile World Congress in Barcelona, Spain.

The OnePlus only comes out with 2-3 mobiles a year and after OnePlus 7 and 7 Pro launch, its OnePlus 8 and OnePlus 8 Pro that carries this chipset. So NEVER Settle!

How to Update BLU Phones

How to Check for IMEI number

After the impressive launch of Bold N1, the Bold N1 Plus or Bold N2 or Bold N3 is expected to charm you with the surprise inclusion of the latest Qualcomm processor.

Alongside the announcement of ZTE 5G mobile phone, the company also introduces an all-new Axon 10s Pro 5G mobile phone slated for launch in the first half of 2020. It will run on the Android 10 version out of the box and will carry the Snapdragon 865 chipset on board. 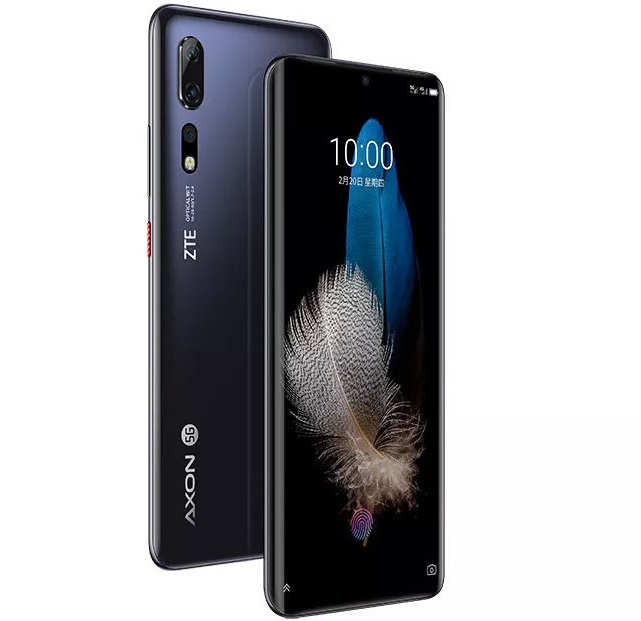 The Chinese smartphone giant who likes to call them as "Mi" brand will introduce the flagship Mi 10 mobile phone with Snapdragon 865 chipset in Q1 next year. As soon as the Snapdragon Tech Summit 2019 was concluded, Xiaomi was first to announce the first-ever SD-865 phone.

After K20 Pro success, it's successor is rumored to be K30 Pro. No doubt that it will be the cheapest Snapdragon 865G mobile phone because Xiaomi is a fierce smartphone player operating at a low margin of profit.

Know for performance devices, Asus will have this SD 865 chipset on Asus 7Z/Asus ZenFone 7 mobile.

All Moto 5G mobiles will be powered with Snapdragon 865 Mobile platform or higher. And first to be in this batch is the Motorola Edge Plus mobile phone. 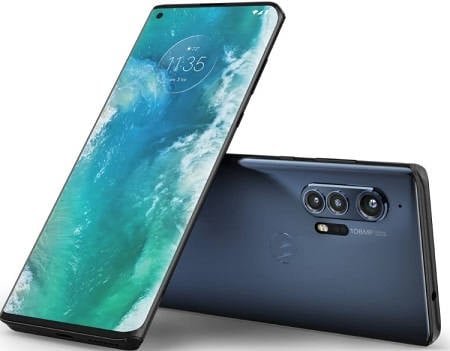 Whatever new in smartphone technology, starts in China because they are known as the home for smartphones. Meizu is a known smartphone brand and as officially said on Weibo, the upcoming Meizu 17 will be powered by Qualcomm 865 mobile platform.

The post says "see you in spring 2020" which means that it will be launched in Q1 2020. Definitely top-notch specifications are expected on the device but the question is whether we will see the Android 11 version on it.

Realme is one brand vying to compete with Xiaomi in all departments in South Asian countries. Until now it has launched many devices under $200 and $300. But now in 2020 they are going to enter the flagship range category. The Realme 2020 flagship phone is believed to carry 5G capabilities and it will be a successor to X2 Pro which was launched in 2019 with Snapdragon 855+ processor.

IQOO (I Quest ON & ON), a subsidiary of Vivo Mobiles has also teased NEO 3 smartphone with this latest SD chipset. It's believed to be the cheapest IQOO mobile phone. Source: Weibo

Apart from the devices mentioned above, there are several OEMs trying to be part of this game-changing mobile chipset. After all, everyone is in pursuit of the best smartphone for gaming.

Note: Most of the devices mentioned here will be upgraded to Android 11 version through a software update. So considered these phones are Snapdragon 865 + Android 11 mobiles.

Qualcomm's newest processor - the SD 865 was announced in late December 2019 and with that, smartphones are available with the launch of the new Samsung Galaxy S20 series and will also be seen in the upcoming flagship phones by OnePlus, Xiaomi, HTC, Sony, & Realme. Sadly it doesn't include a built-in 5G modem and that makes OEMs look out for other options. Qualcomm was pretty quick in bringing a solution to it and could possibly launch Qualcomm Snapdragon 865+ chipset with built-in 5G capabilities. It's leaked by Digital Chat Station on Weibo and AndroidAuthority has reported this too.

It looks like that the Snapdragon 865 Plus processor is in works and predicted for launch in the third quarter this year or maybe early next year. It will result in cheaper 5G phones. The handsets featuring this chipset are too early to predict but we expect it to be seen on the upcoming Samsung Galaxy Note 20 mobile phone.

The SD 865 Plus is the incremental update to the 865 chipsets just like the case of 855+, which was seen with significant upgrades in terms of clock speed and notable improvement of 15% in GPU performance.

Those were some of the upcoming Snapdragon 865 mobile phones list or you can simply call it as SD 865 phones.